Volunteer team in Department of Aeronautics and Astronautics won the 3rd Prize for Comeback competition Technology Award and 3rd Prize for Overall Award at ARLISS in Nevada, U.S.A

ARLISS 2019（A Rocket Launch for International Student Satellites）Come Back Competition（Cansat is launched in a rocket to an altitude of 3~4km where it will be released, and be autonomously controlled to reach a preassigned destination. The result will be evaluated by distance from the goal.）

While it is common for the participants to choose the run-back method, which utilize parachute and rovers, the team opted for more challenging fly-back method, using a fixed wing aircraft, which will be automatically deployed from a casing mid-air.

The result was 410m in the first flight, and 53.75m in the second flight. The latter was the best in history as a fixed wing aircraft and only falls behind one record scored by parafoil as fly-back overall.

As a result, and our technical innovations, such as bar-and-gate release mechanism, slider mechanism for locking the hinge, dynamic flight-path based on the point of release, and cable winding system to reach 0m from the goal, being highly regarded, the team received Overall Winner Third Place and Technical System Award Third Place.

We largely owe our success to Nakasuka-Funase Lab and Center for Project-Oriented Engineering Education, that funded our project, and professors who let us use their facilities, and countless others, to whom we would like to show our gratitude.

Other team from The University of Tokyo, The Flying MAGURO also achieved a good result of 72m. We would also like to thank them for being a great company and a great rival to us.

I will be proud of our team, Event Horizon, that I worked with for half a year, for the rest of my life. （IGETA Toshifumi） 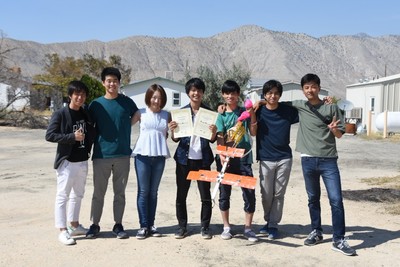 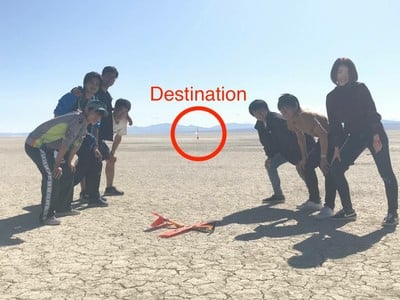 The cansat and the goal 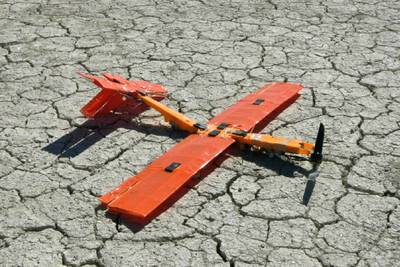 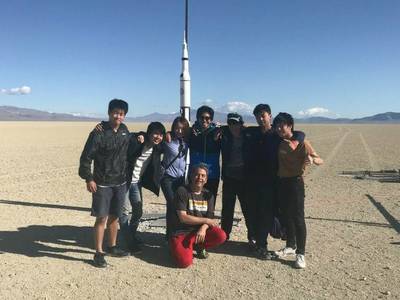 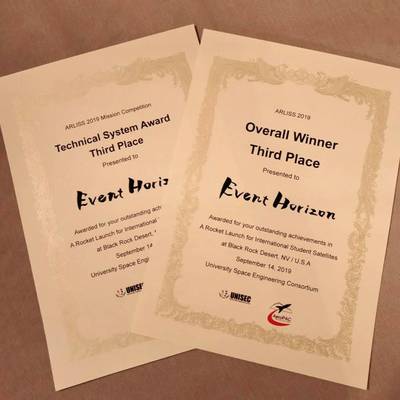