Mr. Riku Arakawa (B3), Department of Mathematical Engineering and Infomation Physics and his team Rota++ won both the 3rd Place Grand Prize and Persistent-Neodesign Prize at Stanford's Health Hackathon health++ 2017, held at Stanford University on October 21 and 22, with their creation to combat dehydration in infants.

"YourPacifier" is a smart pacifier to support the children and their parents. The pacifier senses the humidity of baby's lips and the mobile app notifies if the water amount is dangerously decreasing. The app also gives easy text-chat diagnosis(bot-based). By answering the questions, the app judges if the baby condition is so severe that he or she has to be brought to the hospital. Oral rehydration solution is included in the pacifier, so the baby can be hydrated at the same time. It can be a first-aid for the baby's dehydration. YourPacifier collects the data of users, which in turn would be made great use of at the hospital such as predicting the future epidemic. 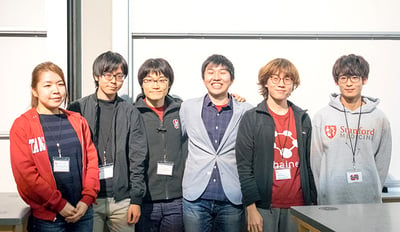 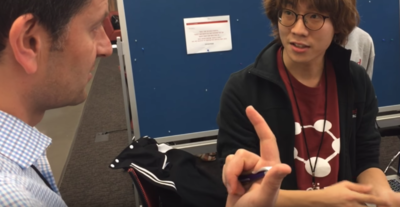 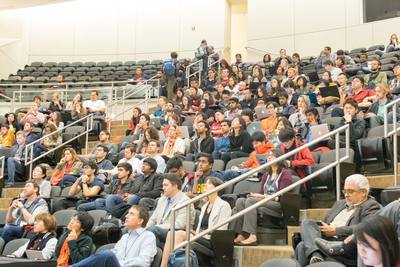 One of the things that I realized after participating the hackathon is that our scientific knowledge and engineering skills does not lag behind those of Stanford or other UC students at all. And, more than anything, I realized that so many participants has their own problem consciousness in the healthcare field, most of which I hadn't met before. As an engineer, I'll study more about technologies so that I could find out the best solution for each problem. As for "YourPacifier", there still remains points to improve or validate, our team will continue to work on the project.

health++ : http://healthplusplus.stanford.edu/
Your Pacifier. smart pacifier to support your children and you : https://devpost.com/software/your-pacifier