Abstract
Entanglement is the key resource for measurement-based quantum computing. It is stored in quantum states known as cluster states, which are prepared offline and enable quantum computing by means of purely local measurements. Universal quantum computing requires cluster states that are both large and possess (at least) a two-dimensional topology. Continuous-variable cluster states—based on bosonic modes rather than qubits—have previously been generated on a scale exceeding one million modes, but only in one dimension. Here, we report generation of a large-scale two-dimensional continuous-variable cluster state. Its structure consists of a 5- by 1240-site square lattice that was tailored to our highly scalable time-multiplexed experimental platform. It is compatible with Bosonic error-correcting codes that, with higher squeezing, enable fault-tolerant quantum computation. 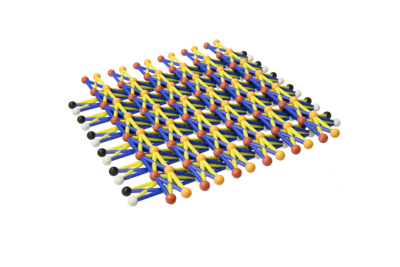