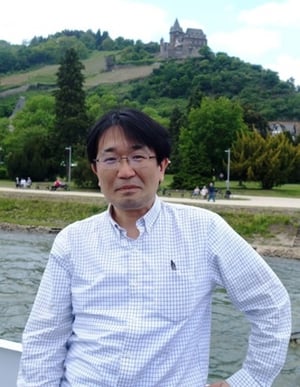 With the progress of human activities in space, the occasion to handle liquids under low gravity conditions is now growing. On the launch vehicles with liquid propulsion system, the dynamic acceleration during its powered ascent or ballistic flight makes it very difficult to control the position of propellants in the tanks. To establish the technology for the “propellant management” (2-3), it is essential to accumulate technical knowledge and experiences for the appropriate assessment of the fluid systems. However, in the atmosphere, there are not so many opportunities to realize the low-gravity state or the dynamic conditions of acceleration with airplanes or drop towers. Investigative methods based on Computational Fluid Dynamics, CFD, are therefore strongly desired.

In the presentstudy(1), for the establishment of the technology for the management of liquid propellant in space vehicles, a numerical method, called ‘CIP-LSM’ (CIP based Level Set & MARS), was developed to simulate three-dimensional free-surface flows under various gravity conditions.

The experimental and numerical investigation on the sloshing in the propellant tank during the flight of the rocket vehicle was reviewed(4). In the experiment, the dynamic motions of liquid surface in the model-scale tank driven by the mechanical exciter were successfully visualized. The violent sloshing observed in the experiment were numerically simulated with CIP-LSM, as shown in Fig,1. Though the bubbles and droplets smaller than the grid scale were not captured, as far as the main concern was focused on the surface deformation, fairly good agreement was obtained between the numerical results and the experimental data.

Not only sloshing phenomena but also the investigations on flow fields driven by capillary forces were reviewed(5). In the experiment, the unsteady deformations of liquid surface in a cylindrical vessel under low-gravity conditions were observed with a drop tower. Main concern was placed on the dynamic behavior of advancing contact line on the solid wall. The flow fields were also numerically simulated with the CIP-LSM code, as shown in Fig.2. The boundary condition for wetting phenomena was adequately introduced into the computation based on the experimental data.

As is demonstrated in the present study, the numerical analysis has a potential to provide helpful assessments for propellant management in a cost-effective manner. As shown in Fig.3 and Fig.4, with the more adequate model of turbulence and phase change(6-7) on the interface, it is expected to clarify the various aspects of free-surface flows for the establishment of propellant management technologies in the space transportation systems.

Department of Aeronautics and Astronautics.