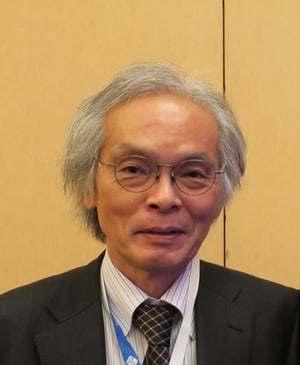 The ACS Division of Chemical Information established the Herman Skolnik Award to recognize outstanding contributions to and achievements in the theory and practice of chemical information science and data-driven chemistry. Namely, this award is most authoritative and historical one called as Nobel prize in this field. The Award is named in honor of the first recipient, Herman Skolnik and was established in 1976.
By this Award, the Division of Chemical Information is committed to encouraging the continuing preparation, dissemination and advancement of chemical information science and related disciplines through individual efforts. The recipient is expected to give an address at the time of the Award presentation. In recent years, the Award Symposium has been organized by the recipient.

<About awarded research>
For more than 35 years, Prof. Funatsu has made pioneering scientific contributions to the evolving field of chemical informatics. Prof. Funatsu’s seminal contributions include the conceptualization and implementation of algorithms and expert systems for structure elucidation and chemical synthesis design. To name just one, the AIPHOS system (1988) represents one of the early applications of artificial intelligence in chemistry. The structure elucidation and synthesis design systems Prof. Funatsu developed have been extensively applied in the pharmaceutical industry, demonstrating his dedication to first-class problem-solving science. Beginning in 2000, Prof. Funatsu’s highly active research program has been further expanded to materials design. In recent years, he has increasingly focused on inverse QSAR analysis including de novo structure generation and the development of the soft sensor methodology for chemical process control (2011). The latter approach represents another par excellence example of ground-breaking research with immediate practical and industrial application potential. Given his unique research profile, Prof. Funatsu has been able to secure large amounts of funding from the chemical and pharmaceutical industries and drive large-scale collaborative projects at the interface between academia and industry, most recently in the context of the CREST Program on Big Data Applications funded by the Japan Science and Technology Agency. Taken together, these efforts have left their mark on the scientific and industrial landscape of Japan. With more than 250 peer-reviewed and well-recognized publications, and a plethora of presentations and conference contributions, Prof. Funatsu is among the core of leaders of the broadly defined chemical information and informatics field worldwide and is highly regarded as such.
Prof. Funatsu initiated the Computer Aided Chemistry Forum for scientific communication and practical training in cheminformatics, and established the Japanese Society of Cheminformatics as a forum to bring academia and the chemical and pharmaceutical industries together. Prof. Funatsu’s relentless community service efforts also included his tenure as the President of the Division of Chemical Information and Computer Sciences of the Chemical Society of Japan (2004–2014). Over the years he received several awards in recognition of his many contributions, including awards from the Japan Information Center of Science and Technology in 1988, from the Society of Computer Chemistry Japan in 2003, and from the Society of Chemical Engineering in 2017.
Prof.Funatsu worked on a variety of cheminformatics applications including the structure elucidation system CHEMICS, the organic synthesis design systems AIPHOS and KOSP as well as systems in the areas of de novo design, and chemogenomics. In 2004, he moved to the University of Tokyo as a full Professor to continue research in these areas, as well as expanding into material design and soft sensors for monitoring and controlling chemical plants. In addition to his professorship he is also the Research Director of the Data Science Center at the Nara Institute of Science and Technology (NAIST).