We received the most votes among 15 participants in voting by audience.
We also received sponsor awards from following companys (sponsors);
LIFULL
Mitsubishi UFJ Morgan Stanley
NEC

Mr. Otani Kento (B4), Department of Aeronautics and Astronautics

Mr. Tomoyuki Yamasaki (B4), Department of Aeronautics and Astronautics 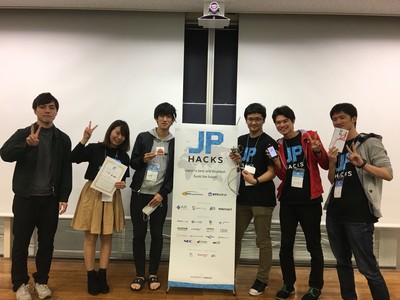 Working in group of divers background was sometimes difficult, although we were successful as a whole. We will continue to develop this device furthuer and possibly launch a startup if we were blessed with opportunity.