Yuta Arima (Ph.D. candidate), Department of Electrical Engineering and Information Systems, elected as one of eight finalists in the selection of the Best student Paper award from ICONIP 2017

This paper shows that a complex-valued auto-encoder is extremely useful in extracting features appropriately even under the influence of interference and it works effectively for the complex-valued self-organizing map classification in the millimeter-wave coherent imaging system. 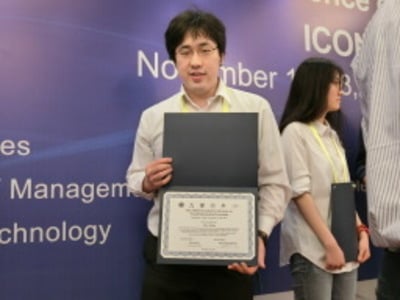 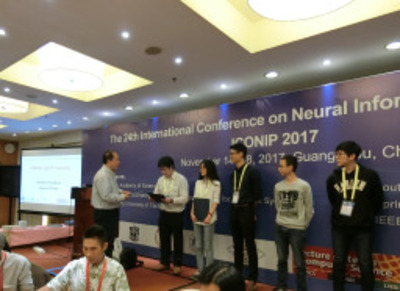 I am honored and appreciated to be elected as a candidate for a best student paper award at a great international conference. I did not reach the prize, but I would like to be encouraged this to make further efforts further.