Professor Akira Furusawa, Ph.D. student Maria Fuwa and their collaborators have succeeded in proving Einstein’s “Nonlocality of a single quantum (photon) – a single photon diffracted by a slit can spread out infinitely, but is never detected in two or more places simultaneously” for the first time. This spooky, elusive phenomenon has spurred Hundred Years’ Debate among physicists since Einstein’s proposal in 1909. Ever since, physicists have been making zealous efforts towards rigorous confirmation by highly efficient measurement devices. However, this was in principal impossible for previous methods which utilized the particle-like degree of a photon, because of their low measurement efficiencies and the ability to only discriminate the existence of photons. Here the research group utilized the wave-like degree of a photon as an electric magnetic wave; that is, homodyne measurement is used to measure the amplitude and phase with high efficiency. This enabled their success of rigorous and highly efficient verification of the nonlocality of a single photon. This is not only a huge achievement in the field of fundamental physics, but also opens way to a novel scheme to realize ultra-high speed quantum communications and ultra-high efficiency quantum computers. 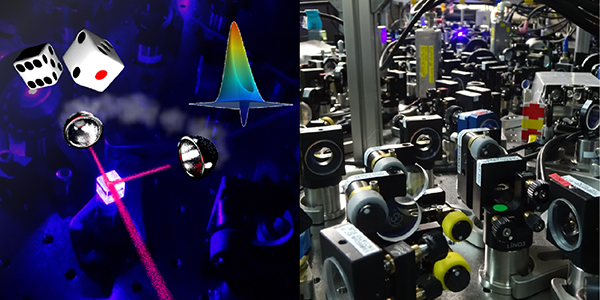