Group lead by Professor Yoshihiro Iwasa from the Quantum-Phase Electronics Center, The University of Tokyo, also a team leader in RIKEN Center for Emergent Matter Science, has uncovered peculiar electronic properties of molybdenum disulfide, which is an emergent two dimensional crystal beyond graphene, as a candidate materials for“valleytronics”,a new guiding principle toward the low energy consumption electronics.

Recently, there are many concepts proposed aiming at low energy consumption electronics. One of the most fundamental ones rather than the improvements of existing technologies is to replace “electrical charge” with “something else”to suppress energy losses by heat generated by electrical current flow. A well known example is “spintronics”, which manipulates spins of electrons. Valley is another degree of freedom of electrons that can be found in particular materials, and its Manipulatiion is theoretically predicted and attracting as a new technology called “valleytronics”. 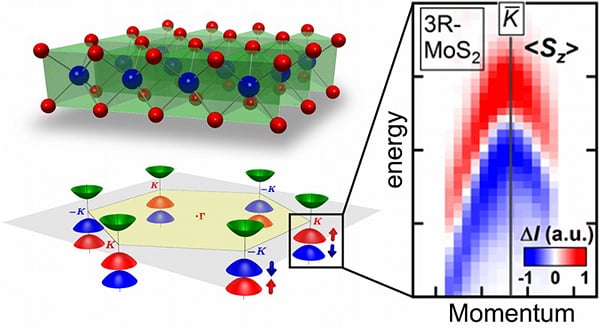