Micro satellite "HODOYOSHI-4" success in the world-fastest down link communication of 348M bit per second as a 50kg-class satellite : Professor Hirobumi Saito(Department of Electrical Engineering and Information Systems) & Professor Shinichi Nakasuka(Department of Aeronautics and Astronautics).

A micro satellite "HODOYOSHI-4" of the University of Tokyo have downlinked data of 348 Mbit per second  to a 3.8m antenna at Institute of Space and Astronautical Science (ISAS), JAXA, Japan. This downlink speed is the world highest record as a 50kg class satellite. The basic research has been performed by Saito laboratry of ISAS.  Up to now, only a large satellite with a cost of higher than $100M can transmit such a hight speed downlink.  This research enhances amount of earth images  that we can take from a small earth observation satellite and contributes significantｌy to a small satellite utilization. 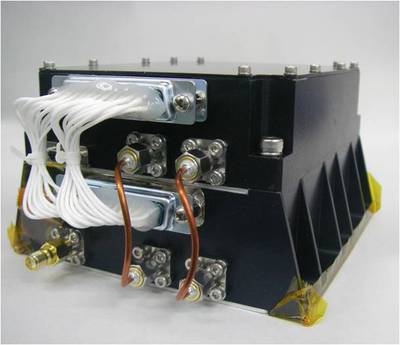