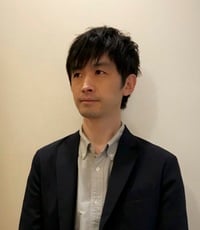 Recent progress on optics technologies for generating and manipulating light is dramatic. Behind them, there is a remarkable development of electrical/electronic engineering that supports our lives, such as optical fiber communications, digital cameras, and so on. The advanced optics can also be utilized for scientific measurements. For example, 20 years ago, ultrashort optical pulses, which shine intensely in a very short duration of time of about one trillionth of a second, could be generated using a large and expensive laser instrument. Today, by connecting optical fibers, anyone can easily make a compact laser generating ultrashort pulses and use it.
Exploiting such a state-of-the-art optical technology, we are developing the world’s fastest biomolecular imaging method. Specifically, by appropriately controlling the wavelength and timing of ultrashort optical pulses to irradiate biological samples, we measure Raman scattered light with high sensitivity and obtain information on the biomolecules. We construct our own optical system by ourselves as shown in Figure A, where we use a homemade fiber laser shown in Figure B.
Conventionally, to measure Raman scattering of biomolecules, it took about 1 second per point, and several tens of minutes to several hours per image. In contrast, by using our method, it is possible, in a few seconds, to obtain information on molecular vibrational spectrum and image the spatial distribution of lipid droplets and proteins in cells (Fig. C, D) [1, 2]. Recently, it turned out that this method is effective for visualization of nutrients contained in microalgae Euglena. By virtue of the high-speed imaging capability, we succeeded in imaging nutrients such as fats and polysaccharides contained in live Euglena cells each within as short as 37 ms (Fig. E) [3]. This method is expected to be applicable to cell screening for highly effective bioproduction.
Currently, we pursue the following topics in parallel: (i) further speeding up of the present method, (ii) study the functions of various biomolecules contained in living organisms, (ii) research on laser sources for realizing high functionality and high sensitivity, and (iv) data analysis for efficient extraction of molecular information.
[1] Y. Ozeki et al., Nat. Photon. 6, 845 (2012)
[2] Y. Ozeki et al., J. Sel. Top. Quantum Electron. 25, 7200211 (2018).
[3] Y. Wakisaka et al., Nat. Microbiol. 1, 16124 (2016).
Figure. A: Appearance of our biomolecular imaging system based on stimulated Raman scattering (SRS). B: A home-made fiber laser generating ultrashort optical pulses. C: SRS image of a cultured cell (red: lipids, blue: proteins). Scale bar: 10 µm. D: Molecular vibrational spectra of lipids and proteins. E: SRS image library of microalgae Euglena cells* (green: chlorophyll, blue: lipids, red: polysaccharides.)
* Collaboration with Department of Chemistry, Goda laboratory, euglena Co., Ltd., Chiba University, and The Institute of Medical Science, The University of Tokyo.

Biological imaging is one of the interdisciplinary research fields that require a variety of knowledge and skills. It is a stimulating and enjoyable activity to discuss and collaborate with researchers from different backgrounds. I’ll promote interdisciplinary research by utilizing the background of electrical and electronic engineering. Also, I realize that our research activity is supported by each student’s desire to do good research, and therefore I’ll keep taking care of it.