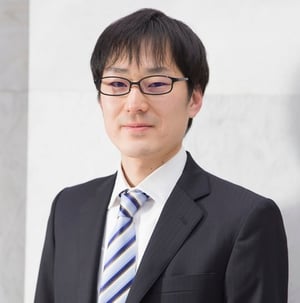 The momentum on Sustainable Development Goals (SDGs) by the United Nations and Circular Economy in Europe brings the opportunity to transform the current paradigm of manufacturing industry toward sustainable society. While design thinking and life cycle thinking are already popularized, however, less research has been done to develop theories for create future visions and derive possible measures to achieve those visions.
Based on expertise in the field of design engineering and life cycle engineering, our laboratory has been attempting to develop new methodologies for designing future manufacturing and society toward sustainability. More concretely, we have been developing methods for describing scenarios and roadmaps using computational systems with the aim to support decision making for designers, e.g., corporate strategists and policy makers (Figure 1). Since we intend to visualize designers’ design thought processes, workshops involving multiple stakeholders are often used for verification of our methods (Figure 2). Furthermore, simulation models are developed to quantitatively explain what might happen in the future (Figure 3). 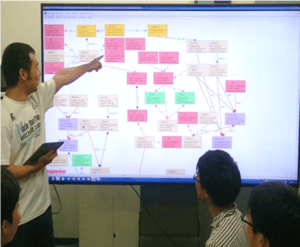 The research question: ‘How to design sustainable futures’ is inherently unclear and obscure in terms of research goals to be achieved when compared with normal engineering problems. Because relevant research has not yet been well-explored, there are still many opportunities to propose new methods that would provide a significant influence in the academic community. We will make further progress to develop theories useful in real world, in collaboration with researchers, academic communities, and industry in Japan as well as overseas researchers in, e.g., UK and Germany.