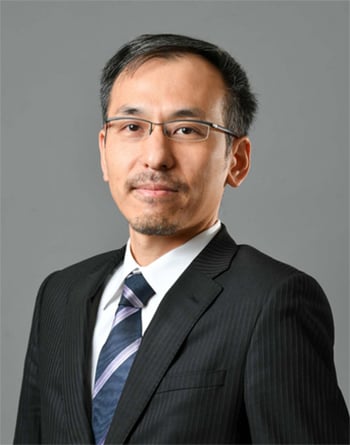 Nishino laboratory conducts researches on mechanisms that can co-create value in a society using game theory, economic experiments, and multi-agent simulation. “Co-creation” is explained as a process that produces a solution/action through multiple decision-makers’ interaction towards a difficult problem that cannot be solved only by an individual decision-maker itself. In general, a social system comprises decision-makers, each of whom behaves autonomously. Thereby, our researches are based on a view of how a social system is constructed through local interactions.

These days, along with the development of information communication technology, our society has become more complex and our lifestyles have been diversified. In the past, it would have been said that product possession is valuable, whereas good experiences are now sought rather than the possession. Accordingly, a new business model like sharing service has been paid attention. In addition, by the rapid progress and prevail of artificial intelligence, our society is confronted with a dynamic phase of socially reforming process. In this regards, it is required to elucidate a desirable mechanism of social systems with scientific approaches.

To address such an issue, our laboratory has taken three kinds of views on that. The first is a “technology” point of view. In general, technologies realise new functionality, which can resolve some problems in a society and moreover might establish a new business model. Eventually, it enables to bring wealth to a society. In other words, technologies can produce new value in our society. We have to clarify scientifically how value is created by technologies. The second is a “service” point of view. Service can satisfy people’s mind shifting from product possession to experience. In our research, we regard service not simply as the service industries but as a more general concept in a broader sense. For instance, in case of a physical product, some sort of functionality is realised when the product is used, which is regarded as an important aspect of service. It is essential to consider the structure of service in a use phrase. The third is an “environment” point of view. We have to make effort to maximise value creation, whereas the use of environmental resources must be minimised. It is required to realise an appropriate social mechanism like a circular economy that can realise sustainability. For that, technology and service are fundamental issues. We have to consider these aspects comprehensively.

Also, our laboratory especially has a synthesis point of view on researches. In general, one of missions that science has is to understand by means of “analysis”, examining its characteristics in detail by separating the whole into its parts. In the meantime, it is generally called “synthesis” for an act that produces artefacts like products. In such a sense, it can be said that engineering fields more or less address an issue of synthesis. Our laboratory tries to take a similar synthetic approach towards social system issues. However, unlike an artefact produced by humans, it is impossible for us to directly create a society itself. Instead, what we can do is to create just only a mechanism like rules or social institutions. For that, an idea of mechanism design, which is studied as an applied field of economics, is useful and therefore our laboratory adopts it.

Mechanism design sophisticatedly utilises a game theoretic framework, where a concept of message is used as a general form and an outcome is determined by a sort of rule, aggregating all messages sent by each player. As such, it theoretically formulates a structure of interdependent player's decision-makings under some a rule or institution, generally called “mechanism”. Mechanism design mainly pays attention on designing an appropriate mechanism that can attain a socially-desirable outcome based on the premise of player’s rationality. On the other hand, it is required to validate whether a proposed mechanism works well by means of scientific experiments. To this end, our laboratory uses the method of economic experiments, which construct a controlled environment of virtual economy in a laboratory and, by recruiting human subjects, examines how actual humans behave and how the economy works. In addition, multi-agent simulation is complementary used especially in case experiments are difficult to be conducted for some reasons. As such, our laboratory takes an interdisciplinary approach.

As an example of researches, we studied an issue of decision-making on technology development of alternative fuel vehicles. For instance, electric vehicles (EV) require an infrastructure like charge stations. Thereby, vehicle manufacturers, infrastructure providers, and consumers are intertwined one another and have interdependent relations, which is a difficult problem in terms of EV diffusion. By an economic experimental approach, we theoretically clarify a scenario that can spread EVs increasing social welfare. As another example, we conducted a research focused on the service industries. Because there are a wide variety of business styles even in the same category of the same service industry, it is difficult to formulate a service as a general theoretic model. Nevertheless, we tried to construct a general model utilising the idea of mechanism design and address a design issue in service business from a theoretical point of view. All in all, the methodologies mainly used in our laboratory, which are game theory, economic experiments, and multi-agent simulation, have commonality, whereas our laboratory widely addresses various issues as shown in the figure. 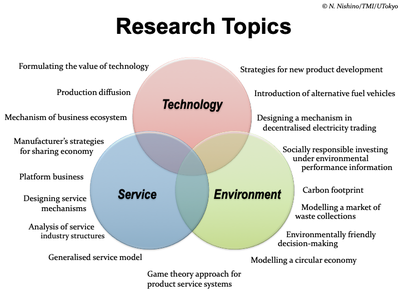 <Future aspirations>
Most of our laboratory's results are related to a mechanism of social systems, aiming at the construction of appropriate structures beneficial to our society, which includes social institutes, business models, service, and technologies. I hope that I could contribute to our societies by applying them to the real world.