●Comments
During ABU ROBOCON, we faced a lot of troubles with running robots in different environments from we've had in Japan. But it was such a valuable experience to solve the problems and exhibit our best performance to audiences.
We’ll try our best to win the championship at ABU ROBOCON in the next year. 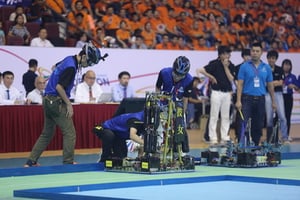