The research group has investigated the organic superconductor under high magnetic fields by means of the NMR technique and captures evidence for the FFLO state. This finding gives to the application area a hint to overcome the limitation of field restricted  by the conventional mechanism. 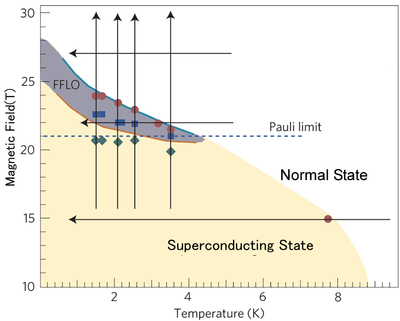